Bartonella Rash is a bacterium which can hide from your immune system. It is a gram-negative bacterium meaning that the bacterium has a cellular wall for protection. It is also an intracellular bacterium, which means that it can hide between your cells. This bacterium is capable of producing a toxic chemical on its surface known as the lipopolysaccharides or the LPS. This chemical can turn off the inflammatory and immune systems within the body. Due to this deactivation, the body is left with lowered defenses. 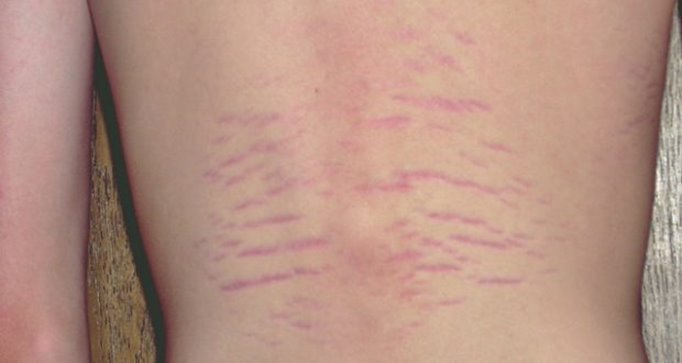 What is Bartonella Rash?

Bartonella Rash is caused when the bacterium Bartonella affects your body. It should be noted that this bacteria infects not only the humans but also other wild animals as well. This particular bacterium has been causing infections in humans for thousands of years. The common species of Bartonella include

The rashes caused due to Bartonella are also known as Bartonellosis. The rashes start developing as erythematous papules. This could be splotches, raised marks, and spots. A strain of Bartonella, also known as the Bartonella henselae is responsible for causing cat scratch fever. When a cat carrying this bacterium scratches you, you will develop the Bartonella rash along with a few other symptoms. The most common conditions that arise upon being infected with Bartonella are endocarditis, Carrion’s disease, and trench fever.

It has been estimated that in the US alone, about 20% of the total population are infected with Bartonella. The modes of transmission of Bartonella can vary depending on the type of infection that has been caused.

CSD or the cat scratch disease is caused due to the Bartonella henselae. This bacterium is transmitted to your body when you receive scratches from a feral or a domestic cat. The infections are found to be more common among children under the age of 15 years. Cats usually carry fleas that are infected by the bacteria. Research also suggests that a direct bite from the infected fleas can also lead to the cat scratch disease. However, this has not yet been proven. CSD infections occur all over the world, almost any place where you can find a cat. It is most likely for the stray cats to carry the bacteria as compared to domesticated cats. A large number of cases of infection occur, especially during winter and fall.

Trench fever is caused by Bartonella Quintana. This bacterium is transmitted to humans by human body louse. Since it is caused by body lice, this condition is most likely to occur in people who are homeless or are living in densely populated areas with no proper sanitation.

Previously, Carrion’s disease was also known as Bartonellosis. It is transmitted to the human body through bites from sand flies infected with Bartonella bacilliformis. This disease is limited to only a few parts of the world, mainly in the Andes.

The main cause of Bartonella rash is cat scratches. The rashes can also occur from ticks, lice, sand flies, fleas and mosquitoes that have been infected with the bacteria. In some cases, the infections are also known to have resulted from sharing of injections, mainly among those who use intravenous drugs.

Bartonellosis may be present in the body as a mild infection. However, it can also get serious, affecting the entire body. The most common symptoms of the infection are given below:

Other Symptoms and Signs that are associated with Bartonella Rash:

Bartonella rash can be easily confused with other types of rashes, especially if it occurs in people who have never experienced them before. One of the reasons that makes it difficult to identify a Bartonella rash is because it comes out in different forms. Sometimes, it may look like stretch marks, while in other cases, it may appear as simple red spots. These rashes can also develop into erythematous papules. However, one of the common things that can distinguish a Bartonella rash from other types of rashes is the fact that these immediately become much more prominent when rubbed or scratched. Moreover, they mostly come out in the upper part of the body. Bartonella rashes can stay for a long period after the infection has started. In some cases, it persists even after the infection has been healed.

Complications that may occur due to Bartonella Rash

Complications tend to occur, especially when the rash occurs along with lyme disease. In this case, the antibiotics that are taken as a form of treatment succeed in slowing down the reproduction process of the bacteria, thereby controlling their number. However, it is unlikely that the antibiotics will totally eradicate them from the body. The fact that Bartonella hides within the red blood cells or erythrocytes makes the eradication even more difficult. When this takes place in a body that is already suffering from a weakened immune system, it is much likely for the complications to occur. Furthermore, patients with Lyme disease are also highly vulnerable towards candida, HHV-6, borreliosis, etc. which makes the treatment process even more difficult.

For a proper diagnosis of Bartonella, it can be helpful to start with your recent history, i.e. the activities that you have been involved with in the past. It has been seen that cat owners, beachgoers, campers, and hikers are at a higher risk of developing Bartonella rash as compared to the rest of the population. Since these rashes can be easily confused with other types of rashes, recalling your past activities may be a good start to diagnose the problem. Sometimes, these rashes also have an open wound at the center and are accompanied by chills at night. The very first step in the diagnosis is measuring the body temperature at regular intervals. This can be done even at home. However, in order to confirm Bartonella infection, it is necessary to perform tests. There are various tests for determining Bartonella infection. These tests have been discussed below.

Tests that May be Required to Detect Bartonella Rash

Doctors generally conduct the IFA or the Indirect Fluorescence Assay test in order to look for the antibodies IgM and IgG that are associated with Bartonella infection. However, this method of diagnosis is not sensitive enough. Moreover, the antibodies are present in very small quantities. In addition to that, the IFA tests are species-specific and are, therefore, unable to detect the presence of all different types of Bartonella.

A standard PCR test can also help in detecting the presence of Bartonella in the blood or the cerebrospinal fluid. However, the concentration of the bacteria tends to be very low, especially in case of chronic infection, thereby making this process highly unreliable. If the tests are not reliable independently, it may become necessary to conduct several tests for a reliable assessment. There is also another test known as the FISH test or the Fluorescent In Situ Hybridization test that detects the presence of ribosomal RNA of Bartonella in blood samples.

It should be noted that a positive test result is a direct indication of the presence of Bartonella in the body. However, if the tests turn out to be negative, it does not necessarily mean that Bartonella is absent. It is very much possible that the test simply failed to detect the presence of the bacteria. Therefore, if the tests turn negative, it is advisable to go for amplified and more comprehensive version of the test. This might cost you some money. However, it will also provide you with the accurate results.

When a Bartonella rash first appears on the body, it does not really appear to be severe. However, if you leave it untreated for a long period, it will eventually start making you feel more and more uncomfortable. In some cases, the rashes may also disappear all by themselves. However, in some cases, they may persist for a long period, even after opting for the necessary treatment options.

How to Treat Bartonella Rash?

If you feel that you have contracted a Bartonella infection, it is advisable that you consult your doctor and go for a diagnosis as soon as possible. Some of the most common medicines that are used for the treatment of Bartonella rashes include

If you are only suffering from trench fever or cat scratch disease, it may not even be necessary to take medications as the condition will resolve all by itself. Although some doctors prescribe antibiotics, it is not really clear as to how long you should take them. Some of the most commonly prescribed antibiotics include

The best way to treat Bartonella is by enhancing the ability of the body to heal itself naturally. There are various things such as stress, artificial sources of radiation petrochemicals, and artificially created food items that hamper the functioning of the immune system. This causes Bartonella and other microbes to flourish within the body. Therefore, it is very important to make lifestyle changes in order to treat Bartonella infection. You can also try out natural herbal therapies in order to restore your immunity, lower inflammation, and suppress the activity of Bartonella and other microbes as well.

Preventing the Occurrence of Bartonella Rash

You can adopt the following preventive steps in order to prevent the occurrence of Bartonella rashes:

Can I treat Bartonella Rashes Naturally?

Yes, there are a number of factors such as stress, toxins, and artificial additives used in food that tend to reduce the immunity of the body. So, if you want to go for natural solutions, you should stick with healthy lifestyle choices. Adopt better diet, get enough sleep, exercise, lower your stress levels – all these things can help improve your health and keep infections under check.

Does Bartonella only spread through bites from insects and animals?

Not quite. Bartonella can also spread through shared injections, especially among the users of the intravenous drugs.

Does the infection relapse after being treated?

Bartonella tends to hide within the erythrocytes which keep it well protected. So yes, it is quite possible for the infection to relapse even after treatment.

Can Bartonella lead to complexities?

Yes. Chest pain, shortness of breath and palpitations are some of the common complexities arising out of Bartonella infection.

Does it have neurological effects?

Bartonella rashes are not at all life-threatening. They are very much treatable. However, diagnosis and treatment can become a little difficult, especially if you have other medical conditions. Furthermore, these infections tend to relapse. Hence, it is important for the patients to stick to a healthier lifestyle and maintain a healthy immune system.