Lactose Intolerance Signs and Symptoms: it is a carbohydrate which is complex in nature which is present in milk. This complex carbohydrate is also known as sugar in the milk. During digestion, lactose is broken down into two simpler sugars, glucose and galactose. An enzyme which is called lactase that is made in the small bowel is compulsory for this process, but some people face the deficiency of lactase and face the difficulty in digesting milk and its products. This problem is known as lactose intolerance. 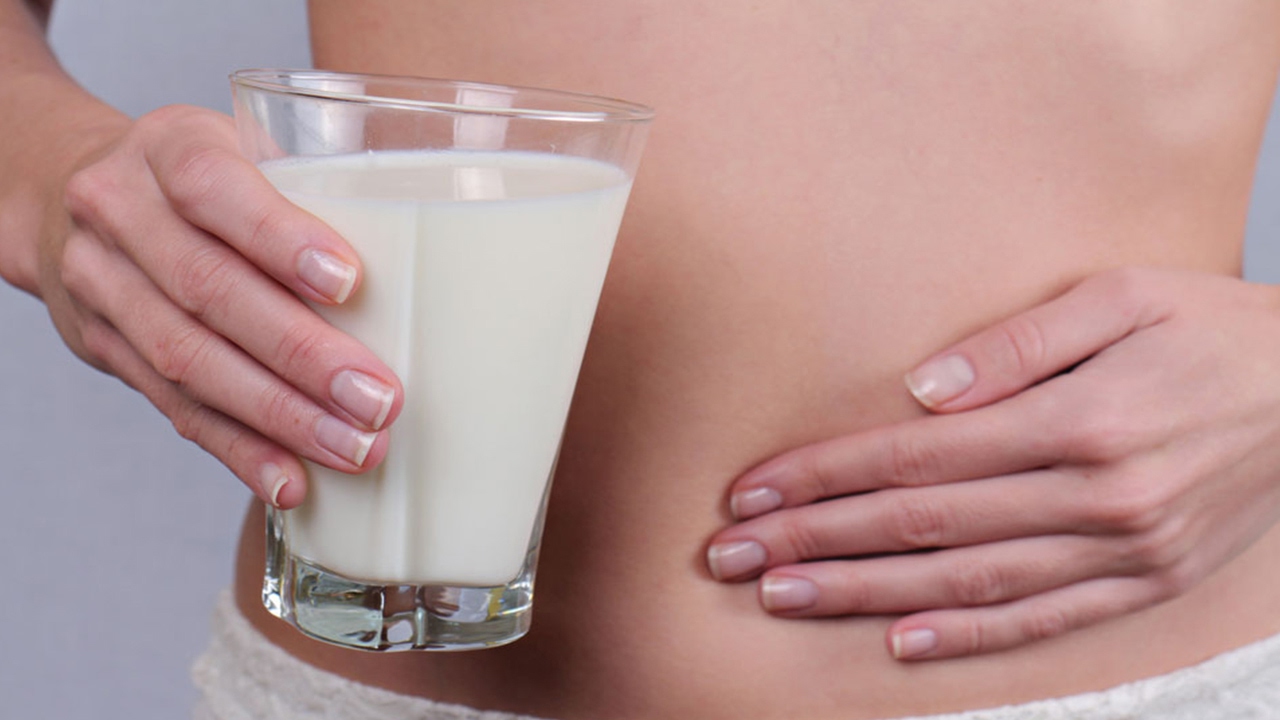 When lactose moves through the large intestine, without being properly digested, it may cause some disorders such as bloating, gas or stomachache. Some people who suffer from lactose intolerance cannot digest any other milk products. Some people are born with a tendency to develop lactose intolerance; others get it as a result of gastroenteritis or due to chemotherapy.

Generally, everyone is born with an ability to digest lactose and with the lactase in one’s body. The disappearance of lactase is either due to genes defect or due to the disease of the lining of the intestine that destroys lactase. Lactose intolerance is generally common in adults. This intolerance which normally occurs after the age of 21 i.e. genetically determined lactase deficiency usually occurs between ages 5 to 21 is rarely due to genetic lactase deficiency.

This type of disorder is generally seen in Native Americans and people of South America, Asia, and Africa, also among Europeans.

Lactose is found in both dairy and non-dairy products.

Dairy products which have lactose are:

Other products which may contain lactose are:

Lactose intolerance is caused when the small intestine does not produce enough of an enzyme called lactase. If there is not enough lactase then, lactose cannot be broken down and cannot get absorbed in the body.

What are the Signs and Symptoms of Lactose Intolerance?

Signs which lead one to suffer from lactose intolerance may vary from mild to severe. It depends upon one’s body, that how much lactase one’s body can make. Symptoms of lactose intolerance usually begin in 30 minutes to 2 hours after you eat or drink milk and milk products. How bad the symptoms depend upon how much lactose you take into the bowel. Lactose intolerance is different from milk allergy. A genuine allergic reaction usually causes symptoms such as an itchy rash, difficulty in breathing or swollen lips.

Some Signs and Symptoms of Lactose Intolerance are:

Gas: Frequent gas problems are faced when one is suffering from lactose intolerance. A person experiences a mild ache in the stomach and then the gas is released.

Bloating: Bloating is an abnormal swelling which may sometimes increase the diameter of the abdominal area. As a result, the patient feels the full and tight abdomen.

Cramps or pain: A person may experience pain in the belly area or if the problem is serious then cramps take place in the stomach resulting in severe pain.

Diarrhea: you may suffer from the upset stomach if u have insufficient lactase in your body. Diarrhea can be very smelly also.

Rumbling Sounds in your Belly: One can notice some sounds like gurgling or rumble in your belly.

Stools with fat: Person suffering from lactose intolerance may notice fat in the stool. This is a very serious problem, one should immediately run to the doctor if notices such things.

Indigestion: If the digestive system will not work properly, due to the deficiency of lactase in the body then you may experience indigestion in your belly.

Nausea: Nausea is generally a common system, in most of the types of disorders. Due to lactose intolerance, the body gets weak with frequent diarrhea one can feel tired and sleepy.

Flatulence: Flatulence is a buildup of gas in the digestive system. This can lead to abdominal discomfort. Most people experience flatulence, but it can cause embarrassment when gas is passed.

All these signs of lactose intolerance can be borne until they are not severe, but with the change in their behavior, one should immediately run to the doctor. Medical advice becomes compulsory if one is facing serious symptoms.

Am I lactose intolerant?

The main symptoms of lactose intolerance are abdominal discomfort or pain and watery diarrhea. A lactose challenge can help u determine whether a person is lactose intolerant or not. This test involves drinking half a glass of milk and seeing if symptoms develop. If the disorder is suspected, then your doctor may advise you to stay away from the food that contains lactose. Some lactose problems are inherited from one generation to another, such genetic deficiency is known as primary lactase deficiency. Below are the 5 signs which will help you to know whether you are lactose intolerant or not:

As discussed earlier, lactose intolerance is inherited from genes also. Adults experience this because people include dairy as an important part of their diet. As present generation can’t finish up their food without desserts, this leads to lactose intolerance in the body. Adults include milk and milk products as the major part of their diet, and if their body is unable to produce such amount of lactase enzyme to digest lactose then they have to face the problem of lactose disorder.