Nuchal Rigidity: Neck and spinal pain can leave you very vulnerable. They can be warning signs of various severe health issues such as infection, autoimmune diseases, structural problems or even signs of cancer. Nuchal rigidity is also one of the problems associated with neck wherein the patient suffers an unnatural stiffness in the neck muscles. As the symptoms get more intense, it is best to go for a prompt diagnosis and come upon a favorable treatment well in advance. 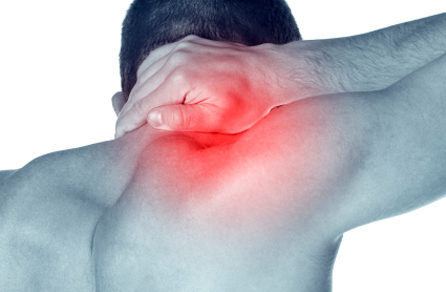 What is Nuchal Rigidity?

Nuchal rigidity is a health condition wherein the patients experience rigidity in the neck muscles which renders them unable to flex forward the head. The primary test for nuchal rigidity is conducted by placing the hand of the examiner under the patient’s head and trying to bend it forward. If there is an unnatural resistance during this test, it implies a large scale irritation of the cervical nerve roots, possibly due to meningeal inflammation. Nuchal rigidity is associated with acute meningitis and subarachnoid hemorrhage arising out of blood in the meninges.

The common causes of nuchal rigidity include:

Signs and Symptoms of Nuchal Rigidity

The comorbid or the associated symptoms of nuchal rigidity include:

A cerebrospinal fluid test is conducted to determine nuchal rigidity. This includes an acid fast stain, gram stain, and culture. If possible, a polymerase chain reaction PCR is done to see if there is any genomic material due to the viral pathogens. This test will determine whether the nuchal rigidity has been caused due to bacteria or virus. In fact, PCR tests can prevent the need for unnecessary hospital admissions given that there are proper provisions at home. Currently, PCR tests are available for cytomegalovirus, herpes simplex virus, HIV pathogens, and enterovirus.

For the testing of Kernig’s sign, the person is required to lie flat down and try to flex the knees and hips to 90 degrees. If the person is positive for Kernig’s sign, the sensation of pain will keep him from fully flexing the hip and knees to 90 degrees. A person is held positive for Brudzinski’s sign if flexing the neck naturally causes an involuntary flexion in the knees and hip. The test for Brudzinski’s sign and Kernig’s sign are very common for the diagnosis of meningitis and also nuchal rigidity. However, the sensitivity of these tests cannot always be relied upon. Despite that, they are popularly used for the diagnosis since these signs are very rare to occur in other diseases.

If the nuchal rigidity has been caused due to enterovirus, the treatment given is primarily supportive. A few patients are also admitted to hospitals for a frequent administration of fluids, pain relief, and constant medical attention. However, if the case is not so severe, the patients can be easily treated at home. In case the nuchal rigidity has been caused due to simplex virus or varicella, antiviral agents such as acyclovir can be used for the treatment. Short-term antibiotic prophylaxis is also opted as a common method for prevention, especially in case of meningococcal meningitis. In this case, the treatment includes the use of antibiotics such as rifampicin, ceftriaxone, ciprofloxacin and so on. These medicines can lower the risk of contracting the disease but do not provide against infections in the future.

Nuchal Rigidity in Children and Infants

Can Nuchal Rigidity Cause Death?

Nuchal rigidity is not outright fatal but can severely deteriorate the quality of life for the patient. It may also affect nutrition by triggering an eating disorder. However, if the nuchal rigidity involves a large number of tissues, it can lead to death.

Nuchal rigidity is caused due to acute prevertebral calcific tendonitis. This condition is very rare to occur, and the exact causes for it are not known. However, they can have potentially devastating consequences. Since they have a benign clinical course, the condition can be effectively treated in the emergency ward. In one particular case of benign nuchal rigidity, the patient had an inflammatory calcification of the longus colli. A large part of the disease is still obscure, and more research is needed.

The exact reason for this is not known. However, it is believed that it could have been caused in a similar manner to other parts of the body such as dystrophic calcification, hydroxyapatite deposition and the inflammatory responses that follow. It has been found to be very similar to the crowded dens syndrome in which the ligament calcification surrounds the odontoid process.

So far, no significant complications or fatalities have been reported in case of benign nuchal rigidity. If the treatment is right, the symptoms can start to decrease within a period of just 1 to two weeks. Oral NSAIDs are popularly used as a monotherapy during the treatment for pain control. Sometimes, corticosteroids may also be used for a short period for providing suboptimal relief.

Nuchal rigidity can lead to severe consequences if not treated in time. They are also suggestive of serious complications within the brain tissues, mainly meningitis. Therefore, if you wake up with a sore throat, high fever, neck and throat symptoms or instability in emotions and cognition, immediately opt for a diagnosis. With proper treatment, it is possible to resolve the condition. This has also led to a significant reduction in the death rate due to nuchal rigidity.