Due to the world we live in today with its surroundings and its environment, we are prone to many diseases and ailments. Some are more visible and can be treated immediately while others are hidden and come to the fore only when malignant or in the last stage when it becomes quite late to treat the problem and most often a life is lost. One such hidden ailment is Osteoarthrosis. It may not be a life-threatening ailment, but it is definitely a disease that can take away your ‘life’ or rather the zest for living. If not treated at once, this ailment can make a person lose their ability to live a normal life and suffer lifelong. 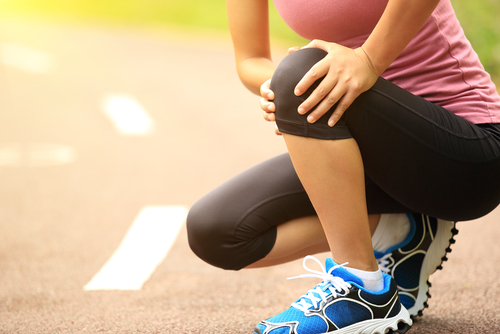 In addition to altering the size and shape of the sufferer, Osteoarthrosis makes one vulnerable, defenseless, and totally dependent on others for their day-to-day activities. Therefore, it is absolutely obligatory that you visit a medical practitioner immediately on diagnosis. Let us venture further into this disease and see its causes, treatments, risk factors and the ensuing medications.

Osteoarthrosis is an ailment commonly found in the elderly, which generally affects joints such as hip, knee, spine, hands, and the part of the foot between the toes and ankle (instep). It occurs when connective tissue found at the end of bones starts to deteriorate causing friction between the bones.  This rubbing together of the bones gives rise to persistent pain, movement restriction, and most often morning stiffness. Sometimes Osteoarthrosis is also the cause of joint crepitus i.e. crackling, grating or popping sounds and sensations felt under the skin and joints leading to deformities.  Patients in the age group 60 years and above normally suffer from some type of degenerative joint diseases that cause joint issues and pain. Both females and males can be subjected to Osteoarthrosis. While it can attack men below the age of 45, women usually get it later in life.

Osteoarthrosis means degeneration of the joint. It commonly occurs in the feet, hips, hands, and spine, but can also crop up in any joint of the body. There is negligible to almost no inflammation associated with the stiffness, pain, and partial movement. The bones become weak and more prone to fracture and can result in severe back pain, loss of height, and change in one’s bearing. Osteoarthrosis can take away a person’s ability to walk and at the same time be the source of lingering or enduring disability. Osteoarthrosis is a silent stalker as it can go unnoticed for years without any symptoms until there is a fracture. It is established by a bone mineral density test, a painless and safe method for detecting low bone density.

Albeit there is no cure for the disease, but there are certain medications to treat and prevent Osteoarthrosis.  However, a healthy lifestyle with a diet rich in calcium and vitamin D and regular exercise can go a long way in preventing or minimizing the consequences of the ailment.

Osteoarthritis, on the other hand, means inflammation of the joint and is distinguished by deterioration of the articular cartilage, swelling of the bone at the edges and alterations in the synovial membrane.  It causes height loss and back pain, particularly in old people. At first, symptoms may arise following exercise, but gradually they become steady.  There is a decreased range of activity, joint swelling and if the back is involved, numbness or weakness in the legs and arms. The joints most frequently involved are the knee, finger ends, neck, thumb base, hips, and lower back.  Quite often one side of the body joints is more affected than those on the other. Only the joints are by and large affected. However, this is enough to affect one’s normal daily activities.  Reasons for osteoarthritis are abnormal limb or joint development, previous joint injury and inherited factors. It could be a threat to those who are obese or heavily built, whose job involves high-intensity joint stress, and when both legs are dissimilar in length.  Osteoarthritis is caused by unintentional strain on the joint wherein the cartilage breaks, thus affecting the bone. As activity becomes less due to pain, muscle loss takes place. In osteoarthritis, the joints do not become hot or red.

There are basically two categories of osteoarthrosis – primary and secondary.

Secondary osteoarthrosis happens due to a congenital condition, an injury or medical reasons such as obesity, lupus, hormonal disorders or diabetes. Problems or congenital situations like misalignment of the hips, hip dysplasia, hemochromatosis or alcaptonuria and other hereditary factors can also lead to osteoarthrosis.  Secondary osteoarthrosis can also occur due to injuries such as aseptic necrosis, several minor injuries, some major injury, recurring joint sprains, tubercular soreness, gout, chronic rheumatic arthritis, chronic corticotherapy, and neurological disorders.

Osteoarthrosis takes place due to manifold reasons having to do with the joint. Some of the common causes of this disease are – background of the individual, old age, autoimmune disorder, obesity, involuntary injury, improper diet, etc. which we shall look at hereunder:

Background – Hereditary, though not so common a reason, could still be cause for a person to be affected by Osteoarthrosis due to inherited disposition in their family structure.

Seniority in Age – As we like to believe age is just a number, but it cannot be contested that getting older does bring along some problems, osteoarthrosis being one such problem. However, an active lifestyle along with a little exercise can help reduce the chances of being affected by this ailment in old age.

Obesity – Obesity or flabbiness causes huge stress on joints due to weight issues. If this overload of stress remains constant, then, for obvious reasons the joint becomes brittle leading to ailments such as Osteoarthrosis

Dietary Source – Inadequate intake of Chondroitin and Glucosamine, the two bio-polymers essential for the production of synovial juices and healthy cartilaginous film, could be an active contributor to the occurence of osteoarthrosis.

Some of the risk factors for developing osteoarthrosis are:

Osteoarthrosis is indicated by three major symptoms – pain, morning stiffness, and difficulty in movement of the affected joint. Pain is the early symptom of osteoarthrosis. The pain is amplified during movement or any pressure on the joint. Rest is the only antidote for relief from pain. An X-ray test will show widespread changes in the joint as well as intermittent discharges which modify the innate shape of the joints.  As osteoarthrosis advances, there is large-scale damage to the articular cartilage during which the bone is rearranged and osteophytes begin to develop. The sub cartilage layer begins to harden, leading to sub cartilage cysts. There is corrosion and disintegration of the joint tissues present in the articular fluid, sub cartilage, cartilage, muscles, and ligaments. The performance of the synovial fluid is also weakened. The joint space is constricted while the sub cartilage bone layer begins to thicken.  In some instances, osteoarthritis causes crepitus which is the crackling sound made when two affected joint ends rub together and this friction can cause never-ending pain, morning immobility, and an overall decrease in movement.

Various imaging tests such as CT scan, X-rays, arthroscopy, isotopic scintigraphy, and MRI scans are done. X-ray exposes the distinctive changes in the osteoarthrosis, which are the narrowing of the joint space, erosion of joints, and the existence of intra-articular loose bodies, solidified sub cartilage bone layer, and osteochondromas.

How to Treat Osteoarthrosis?

There are specific treatments for osteoarthrosis like physiotherapy, rest, weight loss, use of assistive devices such as canes, shoe lifts, medications such as NSAIDs and elastic knee support. Treatment is dependent on the nature, symptoms, and maturity of the disease in a particular patient as well as the patient’s age.

Surgery is recommended where conventional treatment does not help and pain persists and there is critical damage to the joint.

This procedure replaces the damaged joint with new plastic or metal surfaces.

Where there has been widespread damage to the joint, corrective surgeries are performed to restore the ligaments and bone placement to improve limb function.

In this procedure, the damaged tissues are removed from the joint.

This surgical procedure helps in adjusting the placement of bones and joints.

However, apart from the above, non-medical treatments viz. a healthy lifestyle, dieting, nutrition, exercising, wearing insertions in shoes also help in increasing muscle mass and while prescribed drug treatment and rehabilitation like physiotherapy help in obtaining effective results.

Patients with osteoarthrosis of hips and knees should avoid sitting in deep, soft sofas or armchairs. Simple hard chairs are preferred. They should also sleep on hard beds and always maintain the right position while sleeping or sitting and though while remaining physically active, they should avoid stress on the joint by resting it at intervals and using a cane or crutches to move around.

Prescribed exercises that target muscle elasticity and strength and offer minimum pain in movement, avoid muscle tightening and slow down the course of the disease are advised. While rest is extremely essential so that the joints are not overtaxed, restricted movement may cause the ailment to be aggravated.

The following drugs are used to fight the excruciating pain and reduce swelling:

How to Prevent Osteoarthrosis?

If diagnosed early, osteoarthrosis can be treated and the progress of the disease can be arrested. However the following need to be diligently followed to prevent Osteoarthrosis:

Osteoarthrosis and osteoarthritis are typically bone disorders affecting the joints in any part of the body, but most often in the instep of the feet, hands, spine, and hips. Osteoarthrosis makes the bones fragile and fracture-prone while osteoarthritis damages the joints. Both, however, can cause back pain and height loss, especially in elder people.  The causes for both the diseases are almost the same – being overweight, strenuous work, hereditary, malfunctioning of the joints at birth, long drawn medication, last minute diagnosis of the disease, etc. These diseases can be prevented or the effects reduced with a proper diet rich in nutrients, maintenance of right BMI, proper monitored exercise, prescribed medication, thorough rest, use of aids such as canes and crutches, sitting on hard chairs instead of soft sitting arrangements, sleeping and sitting in correct posture.  Physiotherapy is very effective as are some medications like homeopathy.  If the pain is not reduced through conventional medications, surgery is advised which in most cases goes a long way toward rendering respite to the patient.