Robitussin cough syrup is sold over the medical stores almost everywhere around the world. It is one of the most commonly recommended cough syrups that contain two drugs, one is a cough suppressant, and the other is an expectorant. The cough syrup can be abused and taking it in larger amounts can lead to severe side effects from both the drugs. It is very important to know about Robitussin before using it to treat any condition. It must not be used for children below six years of age and every individual must have enough knowledge on the dosage of the drug to prevent being affected by the side effects of the commonly available cough syrup, Robitussin. 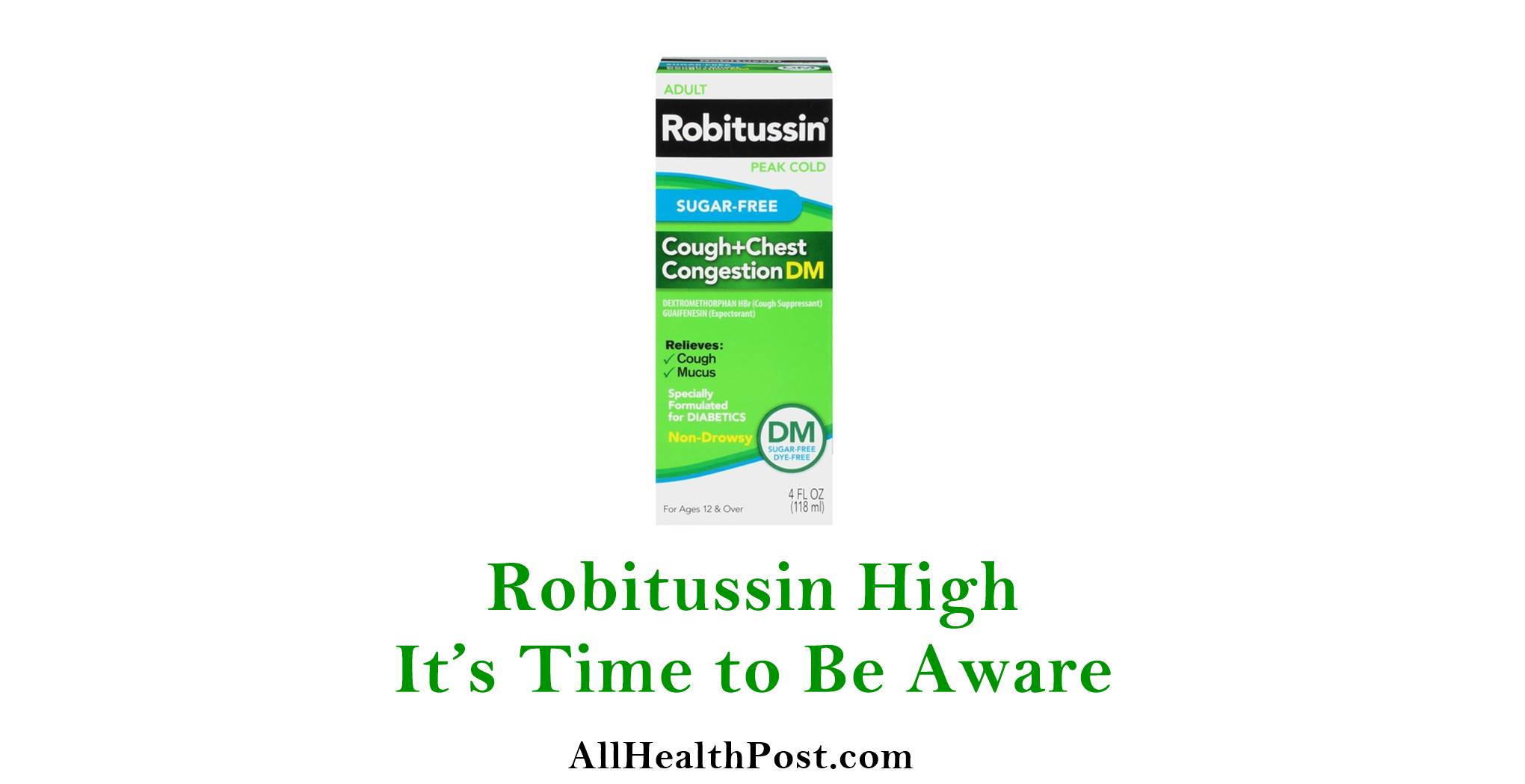 Robitussin is a cough syrup that is used to treat cough and cold. Robitussin DM is mainly used to provide temporary relief to your throat from minor irritation, cold and cough. This medication helps in loosening phlegm from the congested chest which helps the individual to cough or spit it out. The medication comes in the form of liquid syrup that is taken orally and is available in maximum-strength, regular-strength, and children’s formulations. Robitussin is made up of dextromethorphan and guaifenesin.

Dextromethorphan is the drug that is used to treat constant coughing as it helps in stopping the cough by reducing the brain’s activity which triggers the individual’s impulse to cough. But this antitussive drug does not treat the cause of the cough like throat irritation or cold.

Guaifenesin belongs to the expectorants class of drugs that helps in loosening up as well as thinning mucus or phlegm in the throat and lungs to make the coughs more productive. When the coughs are more productive, they help in bringing out the mucus that causes chest congestion. This helps in clearing the airways, resulting in easier breathing. Guaifenesin is helpful to relieve chest congestion but it has no impact on the cause of the congestion.

The combined medication of dextromethorphan and guaifenesin is used to relieve coughs that are caused by cold, bronchitis or other breathing issues. If you plan on self-treating with this medication, you should go through the package instructions clearly to make sure that the medication is right for your condition.

Cough or cold treating medications are usually not safe or effective in children that are younger than six years of age. Thus, this medication must not be used for treating cough and cold in children younger than six years unless it is recommended by the doctor. Medication such as Robitussin does not shorten the length of the common cold or cure it and can also cause serious side effects. The dosage directions must be carefully followed to reduce the risks of the serious side effects of the medication. The product must not be given to child to make him sleepy.

The recommended dosage of Robitussin varies according to the age, medical condition, and response to the treatment.

For individuals of six years or younger age, this product should not be used to treat cough or cold. The medication can be used for individuals of twelve years or older with 10ml at an interval of four hours. It should not exceed 60 ml per day when the cough or cold is severe. To treat mild or medium cough and chest congestion in children of twelve years or older, 10-20ml of the medication must be given after every four hours and the quantity should not exceed more than 60ml per day. For children of six years to eleven years old, 5-10ml of the medication can be given at an interval of four hours and the quantity must not exceed 40ml per day.

Always consult your doctor before self-treating with Robitussin and use as directed by him. Life-risking side effects can occur which can even lead to death from the misuse of cough and cold medications in very young children. Individuals taking Robitussin must drink plenty of fluids which helps in loosening the chest congestion and lubricates the throat to reduce the irritation.

Can Robitussin Cause High?

DXM or dextromethorphan is the cough suppressant drug that is used in the making of Robitussin. Dextromethorphan was first introduced in the United States in the 1950s and is the most commonly used medication for treating common cough and cold. DXM is found in many cough syrups, capsules, lozenges, gel-caps, and tablets. At normal doses, as recommended by the doctors, DXM is safe to take. DXM affects the brain, the specific region of the brain which triggers the cough. At higher doses like 10 to 50 times more than the recommended amount, DXM can cause hallucinations or “high” and dissociative effects on the individual that is similar to that of Ketamine or PCP.

The fact that DXM is found in Robitussin, gives Robitussin the ability to cause high when abused. DXM abuse is not new and it is increasing now. DXM can lead to serious issues when used for recreational purposes as it can have severe side effects on the individuals.

Why Kids and Teenagers Abuse Robitussin to Get high?

Kids and teenagers these days are aware of Robitussin and its DXM content. They tend to abuse it to get high because of its popularity and other factors that include:

It is Easy to Get: The various medications that contain DXM make it more tempting. Robitussin is one the most commonly used cough syrups that almost every home has in their medicine cabinet. Teens and kids have discovered that they could get high by taking higher doses of any medicine containing dextromethorphan. The medicines containing DXM can be found in any medical store at affordable prices which increases the exposure of kids and teenagers to DXM resulting in its abuse to get high.

It is Cheap: When compared to the illicit drugs from any dealer, getting a bottle of Robitussin is easier and better. DXM abuse to get high is easily affordable which makes it more popular among the kids and teenagers. Kids or teenagers even tend to sneak the DXM from the medications at their home, all for free.

Cough Medicines are considered safer by them: Many teenagers, due to the lack of proper information about the side effects of DXM, consider it to be safer as it comes in the form of cough syrup in Robitussin and other medications. They assume that taking cough syrups at higher doses will be safer than taking illicit drugs. Teenagers might be uncomfortable and not have the contacts of any shady dealer to purchase their drugs from. Purchasing a cough syrup from any medical store is a much easier and safer way to get high. They can carry it or use it on the street anywhere due to the fact that the medication is legal.

DXM is popular: A whole new culture of recreational use of DXM has risen among the kids and teenagers today. They even have specialized jargons for its recreational use like skitting, sheeting, dexing and more. More street names have been given to the drug like dex, CCCs, red devils, robo, syrup, tussin, and velvet. Kids these days can even learn about the DXM abuse on the internet with detailed pros and cons of the drug’s recreational use and the different brands that sell DXM products along with their formulations.

Their parents are not aware: According to several surveys among parents who openly talk about drug abuse with their kids, less than one in five mention DXM abuse to their kids. Many parents are not even aware of the DXM abuse and they clearly do not understand the side effects of its abuse. It seems disgusting to most to think that kids or teenagers can drink one whole bottle of cough syrup for the sake of getting high.

Cough syrup abuse is found to be more popular among the kids and teenagers because it is easily available and less risky to get. It is legal and sometimes, Pure DXM is also sold in bulk, which is even more harmful. It is sold in bulk over the internet which can pose a greater risk in teens that are used to taking low doses of DXM in medications like Robitussin.

Dextromethorphan is very common in different kinds of medications that are sold over the medical counters. It is usually mixed with other drugs which when taken in high doses can be harmful to your body. Like, acetaminophen can cause liver damage when taken in high dosage. The most severe effects from Robitussin high are when the user mixes it with other drugs like alcohol or opiates.

The short-term effects of taking Robitussin or DXM in large amount for recreational purposes are:

DXM abuse is increasing with its easy availability in forms of cough syrups like Robitussin and other forms. The instance of abuse of the drug and its availability in the raw and powdered form that are sold on the internet is a big concern for the Food and Drug Administration.

When the drug, DXM, is snorted or injected, it produces even greater effects on the body that are immediate and similar to those seen with dissociative anesthetic substances like PCP and Ketamine.

The long-term symptoms of getting high on Dextromethorphan are not really known, but a habitual, sustained use of the similar drugs can result in symptoms like:

When an individual abuses Robitussin, they build up a dextromethorphan tolerance which is similar to any other drug. The level of dependence or tolerance will depend on the frequency of each dosage. Regular abuse can develop risks like:

Abusing DXM in various forms like Robitussin and other medications, in very high dosages on a regular basis can lead to addiction in no time, which can affect the user’s mental and physical health badly.

The risks of Robitussin abuse are that taking higher doses of the cough syrup can lead to DXM overdose and lead to severe symptoms like:

Such severe symptoms can be life-risking and if you notice any of these signs, emergency treatment must be called for immediately.

There are a number of symptoms that can be experienced by a person when they mix DXM with other substances like alcohol or opiates. The side effects of dextromethorphan that can be noticed then are:

When an individual abuses Robitussin, more than half of these users are known to experience withdrawal symptoms like:

How to Prevent Robitussin High Abuse?

You can help your kids by preventing the misuse or abuse of Robitussin at home by following these methods:

To prevent Robitussin abuse or the abuse of any drug, the first thing that you must do is to educate your kids and teenagers about the side effects and harm caused by the abuse of these drugs. Ask them to talk about the harmful side effects of drug abuse with their friends to spread the awareness. Even though cough syrups like Robitussin might not be harmful when taken in the recommended dosage, they can cause life-risking side effects when taken in high dosage because of its DXM content and they are available very easily.

The best way to prevent the abuse of harmful drugs like DXM that is so commonly found in cough syrups like Robitussin is to educate the people about the drug and its abuse. Tell your kids everything that they must know about the risks of these drugs. Many kids stay under the impression that the medications provided by the doctor and advised by their parents to treat their cough and cold cannot be as harmful as other drugs. They are mostly young and unaware of the facts about the drug abuse. Although the fact that only 10% of teens have abused DXM already brings forward the fact that 90% of them can still be saved from falling into this trap.